Home Fashion Magazine The Birth of a Fashion Industry 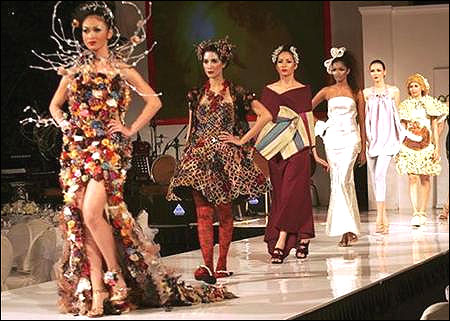 The Birth of a Fashion Industry

When one considers the fashion industry, it’s impossible to separate the idea of location for many of the designs from around the world. When we think of locations like Milan, Tokyo, New York and London within the context of fashion we already draw conclusions because each of these cities has an identity of their own; they did not come about accidently although they might have circumstantially. These micro-industries have been forged and established over time and for many reasons; in this article we hope to educate you on what goes into the creation and proliferation of the fashion industry in the UK, US and worldwide.

The first seemingly impossible aspect of the fashion industry to plan is the location in which it grows. For the most part, a city that can support a growing industry is central or at least in on the coast. The practical reasoning behind this is no news to pundits; a fashion industry requires export to be viable and grow. Cities like New York, Milan, Tokyo and London all have access to harbours which allows for easy exportation. It seems quaint to think about because of how fundamentally simple it is, but any landlocked city is going to have a rougher time making a claim for itself as opposed to one with better export infrastructure.

With healthy exports comes a fashion industry that creates jobs, careers and eventually icons; in fact pilgrimages from smaller towns to larger central fashion centrals are not uncommon and cause a knock on effect of stunted growth for smaller cities or towns. Fashion designers with ambition are the ones who make a name for themselves and often they’ll target the bigger cities because it is better exposure for them; once they are successful the tables interestingly turn as they become icons of that fashion industry thereby elevating the reputation of that city.

Finally the link behind the fashion industry and the infrastructure of city printing is also a seemingly small factor but the fashion industry cannot function without the magazine be it a Vogue or Elle. Bigger cities create careers in the fashion industry via printing and although the internet has busted this aspect wide open, it remains a consideration as fashion weeks by design stick closely to where they can get the most exposure. While smaller towns or cities cannot afford to build magazines without a thriving industry, it’s a catch 22 because the industries cannot grow themselves without companion magazines pushing the agendas. This also creates jobs in the fashion industry for models of the clothing which is a pretty important cog in the wheel; after all professional models cannot exist without work.

The fashion industry is a well oiled machine of many parts; the location, the export, the magazines, the talent: all coming together to create something special.

Anxiety and Sleep Management with Some Tactics!

In 2019 the prom dresses are your biggest mood