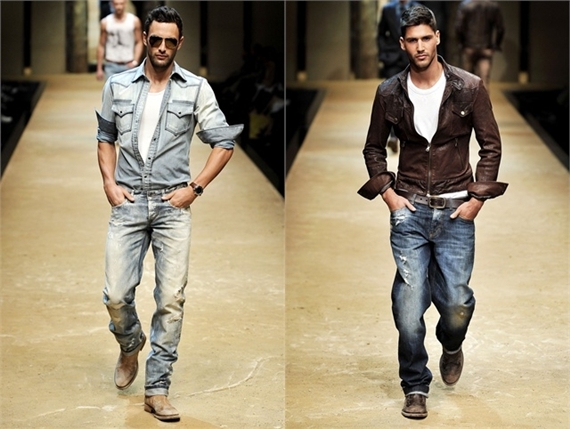 For the non-discerning eye, there are never many developments to report in the world of men’s style regardless of the season. Whereas the wardrobes of fashion conscious ladies will evolve with the seasons, incorporating the latest trends of studs or floral prints, men’s fashion is for the most part staid and inert. It’s generally agreed that the height of a male’s clothing is the traditional suit – a design that has not really had any significant changes made to its silhouette or form for over a century. The same applies for the accompanying shoe where a classy brogue or Oxford lace-up is still considered the peak of footwear. At the other end of the spectrum is the “sports-casual” look – the use of sporting attire in day-to-day scenarios which has seen the sneaker become the “go to” footwear choice for many. As “retro” sneakers are considered the height of this trend, this look too has paused (somewhere in the early nineties) with little in terms of changes to be reported.

Subtlety Is The Key

So, if this is the case, what exactly is there left to consider for men’s fashion in 2013? As we have already ascertained, it is unlikely that any real revolutionary trends are likely to sweep the conservative men’s markets, and any changes that are likely to come about are more than likely to be subtle ones – new colouring and re-tweaks of established fashion staples. These trends can usually be gained from the more wearable end of clothing on display in “preview” fashion weeks which showcase, in general, two separate things by designers – the eye-catching and headline grabbing revolutionary wear and, more importantly to this article, the more sober items which don’t make the newspapers.

One thing that needs to be considered for the spring season is colouration. As men’s fashion usually retreats to Autumnal colours at the first hint of Fall and stays in bleak colour hibernation throughout winter too, every year men’s designers looking to make a splash will release a line or range composed primarily made from primary colours.  In order to make the primary colours pop, designers such as Nautica and Michael Kors have been playing the primary colours against crisp whites and dark black so as to add extra contrast. Whilst not as bold as the colour blocking trend that recently enveloped the female style world, it is certainly a less sombre look than many established men’s fashion trends.

Another variation on women’s colour blocking is the appropriation, by male fashion designers, of utilising bold, oftentimes neon, accessories. For the more flamboyant male dresser coloured shoes, ties or even bags can be utilised but, for those wishing to draw less attention to themselves, coloured block watches are set to make big waves in the style world and bright shoe-laves are an option too!

Whereas in the women’s fashion market, it is usual one print or another which comes to the forefront of the fashion world such as animal or floral, men’s patterns are usual kept to a minimum. More often than not, any single item we wear will be composed of blocks of colours rather than intricate designs with check and stripes being the only exceptions to the “no pattern” rule. It is the latter of these two simple variations which is looking likely to make a comeback in the fashion world with designers such as Dolce & Gabbana and Parke & Ronen featuring stripes heavily in their Spring catalogue. As stated earlier in the article; men’s fashions changes are likely to be subtle, understated and barely revolutionary.

How To Choose Right Jacket During Winter Season?