Home Mens Fashion What Style Of Men’s Underwear Works For You? 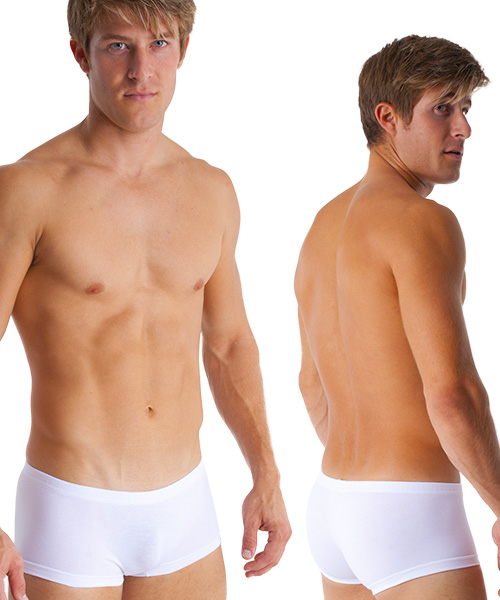 In general, women have for decades been the gender required to do the most preening: men could pretty much sit back and relax and not have to do much aside from have a shower and brush their teeth.  Women’s clothes were more flamboyant, more alluring and chosen with more care; personal hygiene and make-up were high on a woman’s list of priorities.  Men didn’t seem to want to make so much of an effort.  But although most women are still proud to make themselves look attractive, men are gradually becoming more concerned with their own appearance, too.

This is seen in all aspects of personal grooming: you only need to switch on the TV to see adverts directed towards men encouraging them to buy this or that to improve their appearance, skin, hair or smell.

Men’s clothing has similarly undergone a transformation and many men now spend a lot of time shopping to choose just the right clothes for work and play.  Men’s underwear, in particular, was once the butt of many jokes (no pun intended).  Yellowing y-fronts and boxers (and the occasional set of woolly long-johns) were about the only types of men’s underwear once worn.  Nice.

Happily, men now take just as much interest in what underwear they choose as they do in what they wear on top.  There is now a wide range of fabrics and styles in men’s underwear to choose from. Y-fronts and are still around, but the fabric they’re made from plus the fact that they are available in mid-rise and low-rise to suit different styles of trousers make them not only supportive but also stylish.  Boxers are still popular, too, and many men prefer the ‘freedom’ they offer and the fact that they have a functional fly.  There are also now tapered boxer shorts available that are narrower on the thigh (traditional boxers are straight-legged) and some men prefer them because they fit better underneath tighter-fitting trousers.

A further option is a combination of boxers and briefs known, of course, as boxer briefs.  They’re fitted like briefs but stretch over a larger area in the same sort of style as tapered boxers.  These offer the support of briefs and the style preferred by most men (and women) of boxers.

When talking about men’s underwear we can’t neglect the good old-fashioned vest.  These are now more often marketed as tank tops as ‘vests’ tend to conjure up images of grey string things or the sort of things little boys wear under their school uniforms.  But tank tops are supremely good at adding a layer of warmth on cold days and won’t be seen underneath or through your work shirt. They also look great if you have good shoulders!

When it comes to choosing the right men’s underwear, always go with what you are comfortable wearing.  Comfort has got to be the prime consideration, but if you’re going out on a hot date then leave the long-johns at home for the night.

This is a guest post by Claire Chat a Londoner who is passionate about fashion, jewellery and who loves shopping. If you want Claire to write you specific content, you can find email her here or contact her on Twitter (Claire_Chat).

How To Choose Right Jacket During Winter Season?

7 rules for autumn and winter style

Promotional Gifts- Things You Need to Know about It

9 Tips How To Properly Display And Store Old Photographs

Prepping for a date? Here are all the essentials you’ll need