Home Shopping How My Tiny Wallet Changed My Life 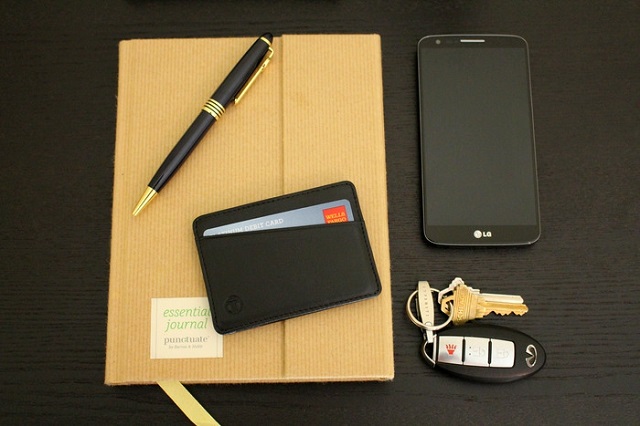 Before I bought my first tiny wallet, I didn’t think twice about stuffing whatever a cashier put in my hands into my wallet. Receipts, coins, cash, coupons. And every week I would have to spend time cleaning out my tiny wallet from everything that had accumulated there during the week, which at times was so overwhelming that would almost make my wallet burst at the seams. This is probably one of the  reasons why I tended to go through wallets like budget quality coffee pots—they took a lot of strain from all of my accumulated clutter!

One day, a friend sent me a link to a series of minimalist wallets that they thought might catch my eye. I had certainly seen these types of simple wallets at the store before, but a quick glance at everything I normally kept in my wallet always made me second guess buying one. But one of these wallets really made me do a double take: it was tiny! Much smaller than a normal wallet, and I couldn’t fathom how anyone could keep much of anything in it. But it made me think—could I ever use one of those? I didn’t know, but I suddenly had the urge to try. I bought the wallet on impulse, and waited patiently for it to arrive in the mail. Little did I know that that tiny wallet would change my life?

When the wallet finally arrived in the mail, I was suddenly nervous. Maybe the purchase was a mistake. Maybe I should return it. But I decided to forge ahead. The first thing I did was empty my regular wallet of everything inside, which included:

Needless to say, almost none of this could make it the tiny wallet. The wallet itself was just a few centimeters larger than a credit card, and about an inch think total. But I had to decide what was worth keeping, and what was worth pitching or at least keeping at home. I knew I had to keep the credit and debit cards, identification cards, and health cards—so they went into the tiny wallet first. There wasn’t much room left, and I made the decision to just put some of the cash in the wallet while keeping the rest at home.

What this process made me realize is that I tended to hold onto things I didn’t really need, simply because I was handed them. My tiny wallet made me realize that I didn’t need to keep every fast food restaurant receipt, I didn’t need to keep business cards I never used, and I definitely needed to throw my candy wrappers away in the trash before they ended up permanently melted to my new tiny wallet.