Home General How To Plan A Surprise Party 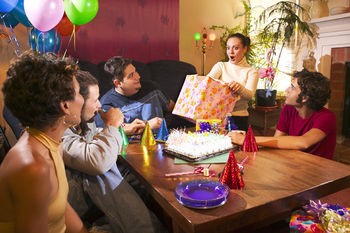 How To Plan A Surprise Party

Whatever the occasion, a surprise party is a great way of taking someone unawares and making them feel special on their big day. You can throw a surprise party for a friend on their birthday, you can surprise your wife or husband with a surprise party on your wedding anniversary or you could surprise a loved one who has been promoted at work. If you’ve never planned a surprise party before, here are a few tips to help you out with your party planning.

The Element of Surprise

A surprise party will only be surprise if nobody spills the beans about the party before it happens. When sending out invitations, be sure to emphasise that the party will be a surprise, so people should keep quiet about it. Secrecy is key. You may even want to call people to invite them rather than leaving a paper trail of invitations that could be carelessly left out and seen by the person for whom you’re throwing the party.

On the day of the surprise party, you’ll need someone to act as a chaperone to the unsuspecting party boy or girl. The chaperone should make fake plans with the person, so they have an excuse to lead them to the party. When choosing a chaperone, try to pick someone who is a convincing actor as you don’t want them giving everything away at the last moment. Alternatively, you could send a chauffeur to collect the person and leave a mysterious note with the driver, so they’ll be left guessing what’s going on until they arrive at the party.

Where To Surprise Them

Private residences are the best places for surprise parties as you can turn the lights off and have guests hide in the dark, ready to surprise the party boy or girl with a big cheer or a loud shout (“SURPRISE!”) when they enter. It may be difficult to achieve the same dramatic effect in a hotel or restaurant without disturbing people who are not involved in the party.

People are often overwhelmed when a surprise party is thrown for them. Not only is it unexpected, but it shows just how much you care about the person and it shows the person how much everyone in their life cares about this landmark occasion in their life, be it a birthday, a wedding anniversary or a promotion. Just be sure the person would appreciate the surprise before you start planning there are some people who don’t like being taken unawares!