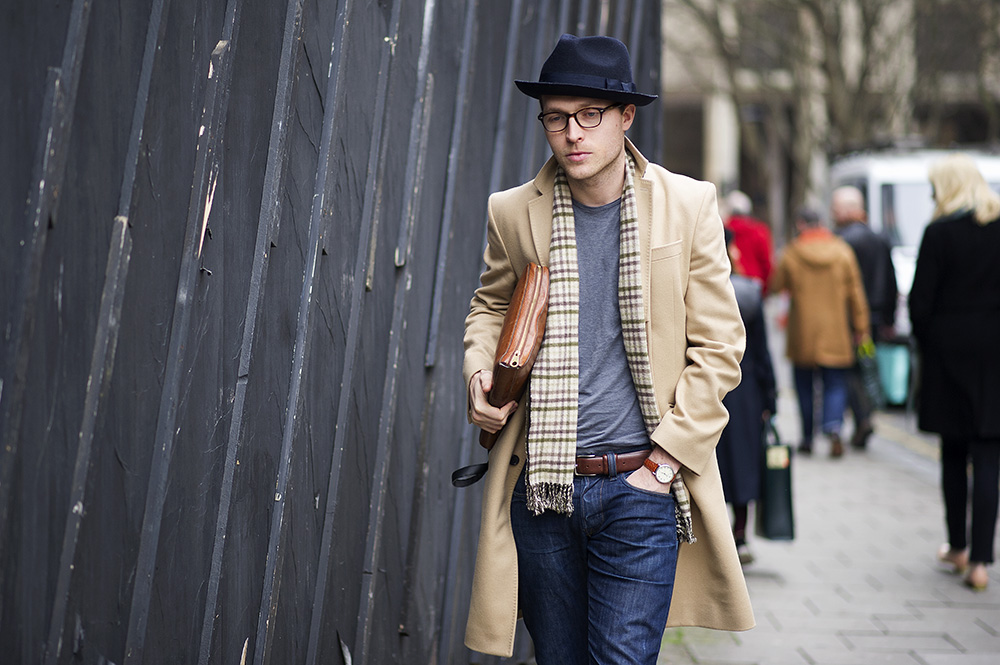 The beauty about London Fashion Week is that it provides a platform from which designers across various levels of accomplishment can flourish and seeks to expose them to the fashion world as imminent authorities. Brian Chan is one such designer who is being touted for great and progressive things in the industry.

Fashion is generally regarded as a form of art, but this Glaswegian 25 year-old executes that in its purest form as he’s fresh off studying at the Glasgow School of Art. His degree saw him graduating in Painting and Printmaking in 2012 but when it came time for him to make that grown up decision as to what direction he’d like to move in, it just felt right to exploit his knowledge in order to pursue another passion of his – fashion.

He had always been interested in fashion and venturing into the field was initiated due to him finding that fine art was failing to challenge him as much as it once did. Fashion felt like a new test of his creativity. But how to approach it and where to begin?

Chan uses his craft to design works that are as much art pieces as they are attire. This fusion began after he graduated in June 2012 where he began painting on clothes and came to realise that art wasn’t reserved to be looked at and studied, but that it could be worn and experienced in various forms. After entering a few fashion shows his first showcase was at Tall Ship in August. With 5 pieces and no experience, the reception was unexpectedly positive, expressed Brian. With this new-found confidence he wasted no time in applying for a spot at London Fashion Week SS’13.

It was celebrity Lewis-Duncan Weedon who was so impressed with Chan’s work that he offered to model for Brian at the show. His collection debuts at Fashions Finest off schedule show in Mayfair’s Westbury Hotel on the 17th of February. Weedon was notably impressed by Chan’s passion for the art and how extravagant and inspired it was. The piece he saw is a hand-painted top with silk printed tyre design and a wildly sculptured backpack. With the likes of Weedon already on board, his ultimate list of celebrity clients also include Will.i.am and Vivienne Westwood and if these idols are anything to go by its quite clear that he’s not afraid to get daring with his work.

Brian Chan has not only a flair for fusing fine art and fashion, but also brings sculpture into the equation and it is this diversity that is seeing him rapidly heading for the stars as a designer. This is exemplified in his top 10 shortlisting for the Global Fashion Awards, hosted by fashion forecaster, WGSN.

The London Fashion Week will no doubt be the perfect platform for Brian to exhibit his craft on a major stage. From previously showing to 200 hundred people to having an audience of up to 2000 people, Chan could be in store for a major career boost within the next month.